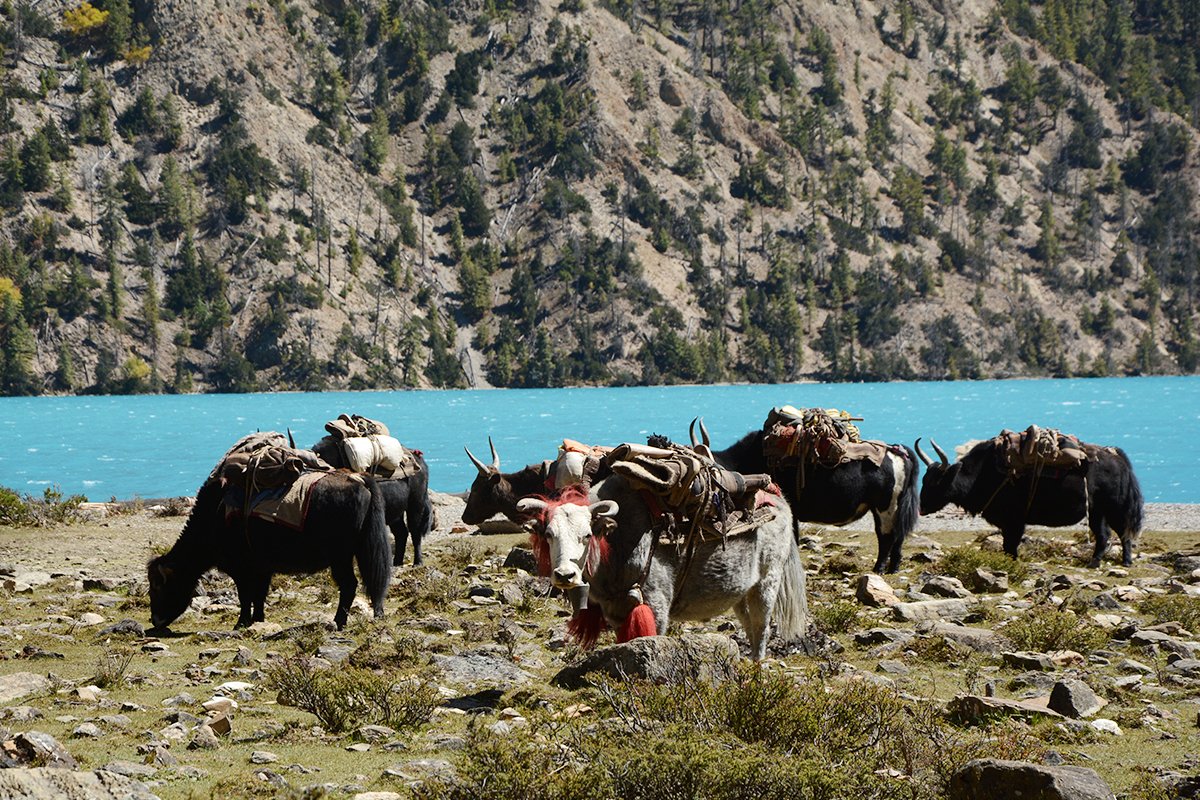 The wild west of Nepal has earned a name for its notoriety. From tallest peaks to deepest gorges, from largest glaciers to highest lakes, Nepalese west has it all. It is safe to say that Western Nepal is the most versatile trekking region in the country, even better than Eastern Nepal that has the Everest region. However, due to same very facts, several thousand trekkers flock into the region every year to see and marvel at these beauties. That’s why, most of the trekking trails are heavily commercialized and crowded. And sometimes, the regions and trails lost their sense of remoteness and mystique. Here, we have presented a list of 4 lesser known trekking trails in Western Nepal, suitable for trekkers who want to trek through off-beaten paths.

Nar and Phu are two gems of the beautiful Manang in Annapurna region. Nar Phu Valley trek is only suitable for those trekkers who are looking for complete isolation, serenity, and adventure during the trek. The region was a military-restricted zone until 2003, and this has largely contributed to keep the wilderness of the valleys intact.

Like any other trek leading to Manang, this one too starts from Besi Shahar in Lamjung. From there, trekkers will head towards Chame, the gateway to Nar and Phu. During the trek, you will have to cross two amazing passes — Kang La Pass at the elevation of 5,100m and Thorong La Pass at elevation of 5,416m. During the trek, you can have the most splendid views of the Annapurna and Dhaulagiri Massif. Moreover, you get to witness the ancient and authentic culture of the Manangis (people of Manang), who weren’t in touch with the rest of the world for centuries. The trek is bound to be a fascinating experience in all aspects.

Tsum Valley is a hidden, mysterious valley in the shadow of Mt. Manaslu. Located in the remote and distant part of Gorkha, the valley was once referred to as “Valley of Bliss” by Guru Rinpoche. This too was a military-restricted zone until 2007, thus, perfect for trekkers who don’t want to trek through the crowded trails of other mainstream Annapurna and Everest treks.

Tsum Valley trek basically traverses two hidden villages called Chekampar and Chumchet. You will also get to cross the amazing Larke Pass at the height of 5,420m during the trek. The journey rewards you with the incredible view of Mt. Manaslu, Himchuli, Baudhha, and NgadiChuli among others. Along with that, you will also get to see incredibly long ridges and valley glaciers that will elevate your trekking experience by many folds. You will be trekking through very traditional and old villages of Tshumbas, which are inhabited by the native Gurungs. That way, this trek also offers a rare chance to immerse in authentic and rural Nepalese culture and lifestyle.

Some of the main highlights of the trek are the incredible views of the Annapurna Massif and its equally alluring satellites, Mt. Dhalugiri diving into the depts of Kali Gandaki, and the hike to the holy glacial lake of KhairPokhari and Khopra Ridge. On top of that, the mountain views from Poon Hill, trails that pass through lush rhododendron forests, and spending nights at beautiful villages like Ghandruk are second to none! During the trek, you will also get to witness and experience the warm hospitality of Gurungs and Magars.

The beautiful Dolpo region is situated in the Shey-Phoksundo National Park of mid-western Nepal, right behind the gigantic Dhaulagiri Massif. Cut by a series of dangerous high passes and shut down by snow most of the year, the region sees extremely lesser number of tourists. The reason behind that is that the region very hard to access in first place. This remote western part of Nepal has been blessed with splendidly amazing landscapes.

Without a doubt, this trek is one of the finest that Nepal has to offer. During the trek, you can pretty much have the best Himalayan views, trek through amazingly beautiful yet dangerous landscapes, camp near SheyPhoksundo lake, seek blessings at ancient monasteries, and watch the inhabitants practice ancient Bon religion!