Dolpo, which lies in the mid western part of Nepal, is also known as the district behind the Himalayas. The famous Dhaulagiri range stands as the boundary fence of the region in the south. Though, the district covers nearly 6% of landmass of the country, the human settlements are very thin due to the remoteness and the vastness of the region where several places have remained still unexplored. 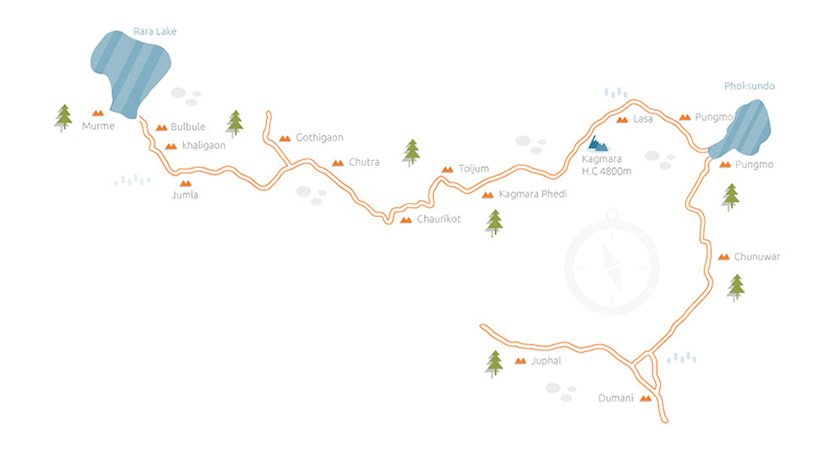 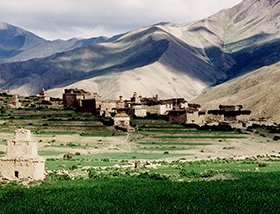 Dolpo, which lies in the mid western part of Nepal, is also known as the district behind the Himalayas. The famous Dhaulagiri range stands as the boundary fence of the region in the south. Though, the district covers nearly 6% of landmass of the country, the human settlements are very thin due to the remoteness and the vastness of the region where several places have remained still unexplored.

Though there are 23 Village Development Committees in the district, all the VDCs do not fall in the trekking route. VDCs that fall on the trekking routes are Juphal, Dunai, Lawan, Shartara, Dho Tarap, Tinje (Tinkyu), Chharka, Mukkot, Saldang, Bhijer, Liku, Phoksundo, Raha, Tripurakot, Pahada, Kaigaon and Rimi. Five out of 23 village development committees fall in the Upper Dolpo region, they are Mukkot, Chharka, Tinje, Bhijer and Saldang. The total population of the district is nearly 37000. The region is expanded from the elevation of 1,525 to 7,751 m. Due to the vast expansion of the land mass; the weather condition varies a lot in different places of the region. As the district falls behind the Himalayas, the precipitation is very low. According to the climatic zones, the district can be categorized as below: 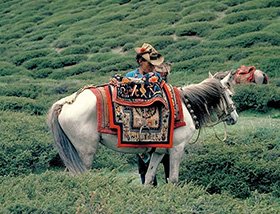 Dolpo is a treasure of valuable herbs like Yarsha Gompa/Jeevan Buti in local term (Cordyceps sinensis), Sea buckthorn, (Daley chuck in local language), beside many more medicinal and aromatic herbs are found.

Trees like pine, juniper, silver birch, wall nuts, apples, plums, etc. are found. Likewise, the glory of Himalayan regions, endangered snow leopard is found in this region, other creatures like blue sheep, musk deer, wild yak, wild goat, marmot and several other animals’ species are found in this region. Birds like Babbler Bhykur only available in Nepal is found here, alongside Golden Eagles, Partridges like Lophophorus etc. and many more species of birds along with different varieties of butterflies can be seen in this region. 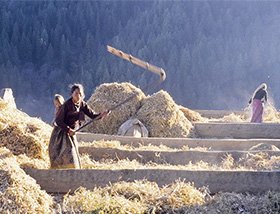 Most of the VDC’s had remained backwatered in different aspects of modern facilities like education, transportation, electricity, health care centres and communication. Some villages are at a distance of more than seven days walk from the district headquarters.

However, in these recent days, some of the VDC’s are having the facilities of education, electricity (solar and micro-hydro) and communication. We can find schools in some villages likewise, people with mobile can be seen and the solar system is seen in the remote villages too. But the
transportation has remained as the main problem of the district. Most of the people depend on traditional low productive agriculture and livestock. Some people are involved in trade of different necessity and herbs too. The people of Upper region trade with Tibet. The border will be open only for a certain period of time for the trade. The district is not linked with any motor able road from the neighbouring districts.When the people fall seriously sick, they are rescued by helicopter to the hospital in Nepalgunj or Kathmandu. Yaks, horses and mules are the main means of transport in the upper region. People having yaks can be their source of income by transporting things for others and ploughing agricultural fields.

In the case of fuel for cooking, firewood is another problem of the Upper region as there is no any wood around, only the small bushes available but the people have managed it very finely with those bushes.Most of the people from upper region use to migrate to the lower regions in winter time before snowing. Likewise, the people from lower region go to pasture in high lands to graze their animals in summer where healthy and medicinal grass and herbs are found.